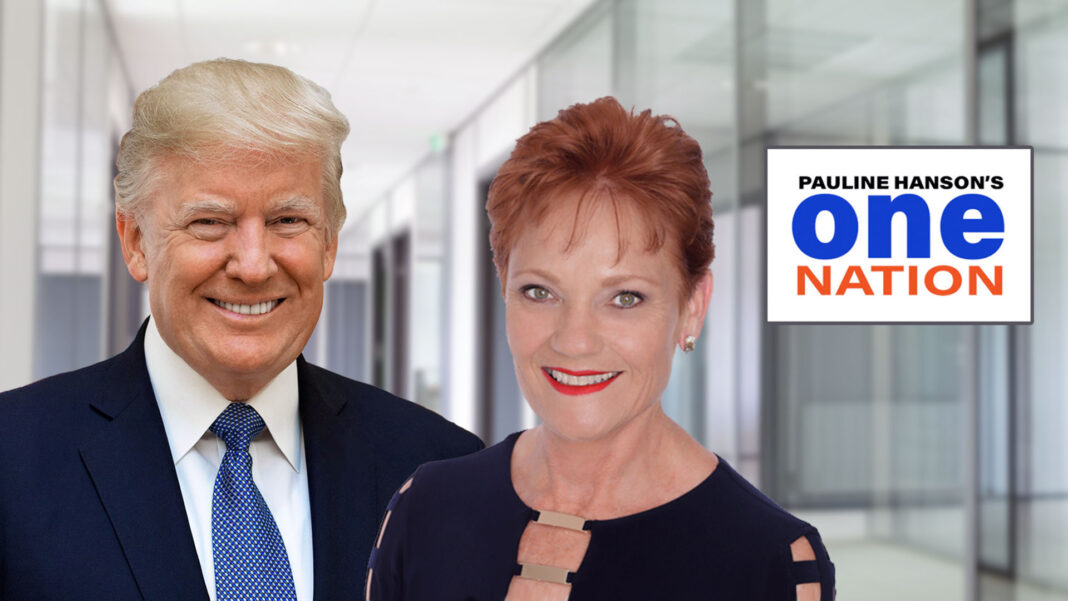 Voted out of office, abandoned by his own party and impeached twice, the outgoing US President is being handed a much needed political lifeline today.

Donald Trump is heading down under after being unveiled as the One Nation party’s newest recruit.

It ends weeks of speculation about what he’ll do after leaving the White House.

“I may be 74 years old, but I still have plenty of fire in my belly,” says Trump. “We cannot allow bleeding hearts and those on the left destroy the fabric of our society.”

Trump is joining One Nation as a Senator for Victoria. The news comes just five days before his term as US President officially comes to an end.

“It’s an honour and a privilege to have Donald as part of our team,” says One Nation leader Pauline Hanson. “All of his core values align perfectly with my party.”

Both Trump and Pauline Hanson are known for bringing their far right rhetoric into the mainstream, particularly on issues like race and immigration.

It’s understood Trump will move to Australia permanently next month.

It’s unclear if his wide Melania will be joining him.