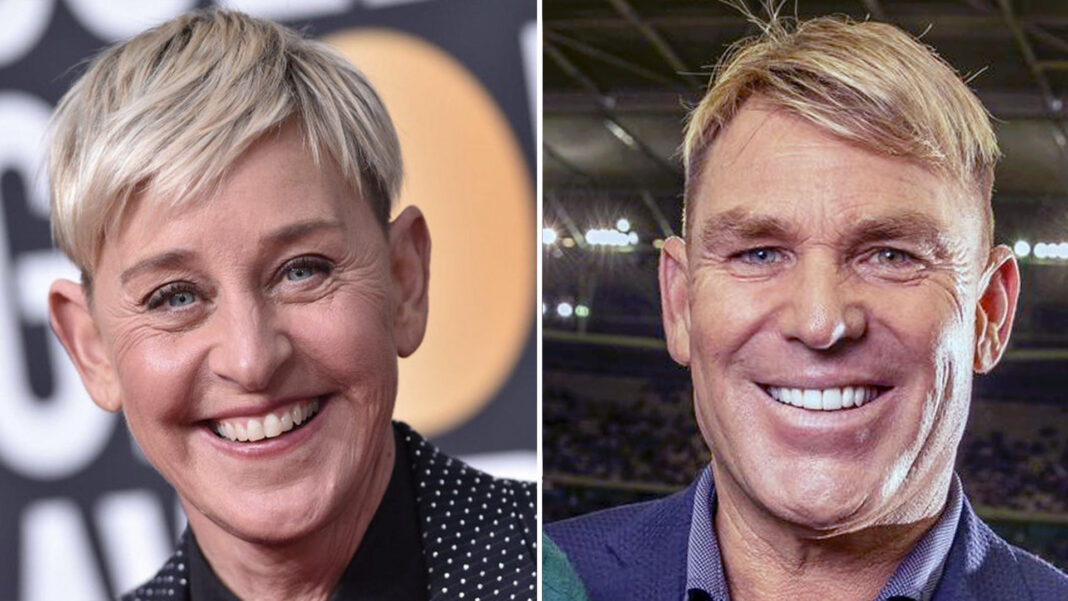 After a difficult few years, and with her talk show coming to an end next year, Ellen DeGeneres old finally has some good news to share.
“I have a long lost brother,” she says. “And apparently he’s an Australian cricket legend!”
The discovery comes after DeGeneres took a DNA test with Ancestry.com showing the pair share the same parents.

The result of her test was confirmed by Shane Warne’s subsequent DNA test last week proving the pair are siblings.

“I have to be honest, I’d never heard of Shane Warne until last week,” says DeGeneres – who was adopted at birth.

“But I’ve been watching a bunch of video compilations of him bowling on YouTube.”

For his part, Warne says he’s always been a big fan of the US talk show queen.

International border restrictions are preventing a reunion between the new found siblings, but both say they’re looking forward to getting to know each other.

“We’ve been doing heaps of Zoom chats,” says Warne. “And when things open up Ellen says she’s going to invite me on her show.”