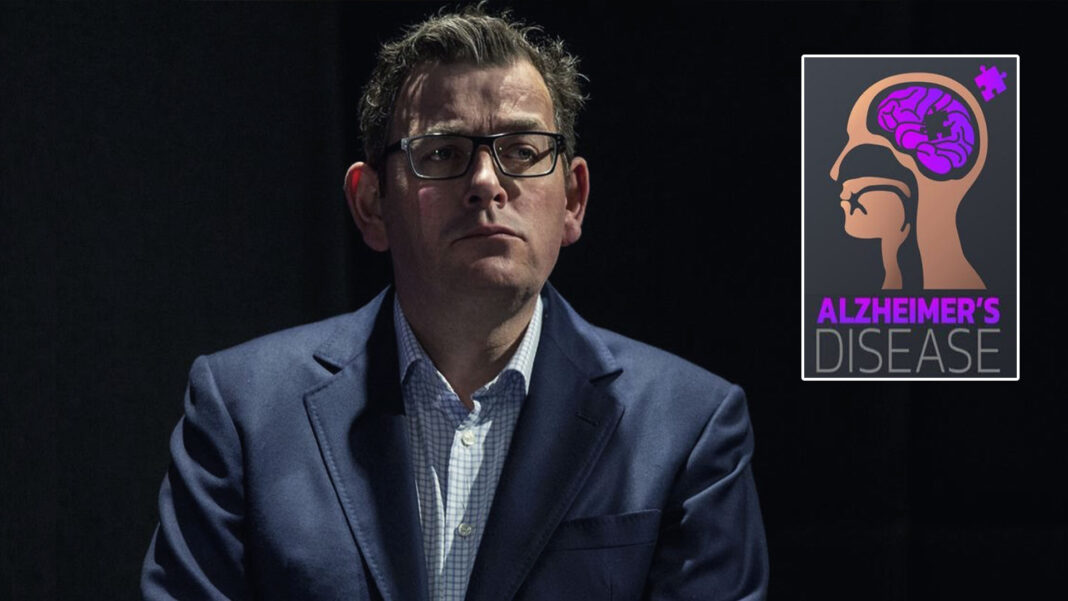 Daniel Andrews says he’s trying to remember how Victoria’s botched hotel quarantine program unravelled, but a new illness is getting in the way.

“I’ve recently been diagnosed with stage 2 Alzheimer’s disease,” says the Victorian Premier. “It’s something I have to learn to live with.”

Andrews yesterday gave evidence at an inquiry into the failed quarantine program, which is thought to have set off Victoria’s deadly second wave of Coronavirus.

He told the inquiry that his Alzheimer’s condition prevents him from remembering key details, such as, who was responsible for hiring the private security guards.

“I also cant recall the ADF’s offer to supply troops to guard quarantine hotels,” he concedes.

“Selective memory is a common symptom of Alzheimer’s,” says Dr Rob Raymond. “His brain cells are literally wasting away as we speak.”

The Victorian Labor government says Daniel Andrews will now be closely monitored by doctors and carers, as he continues to lead Victoria.