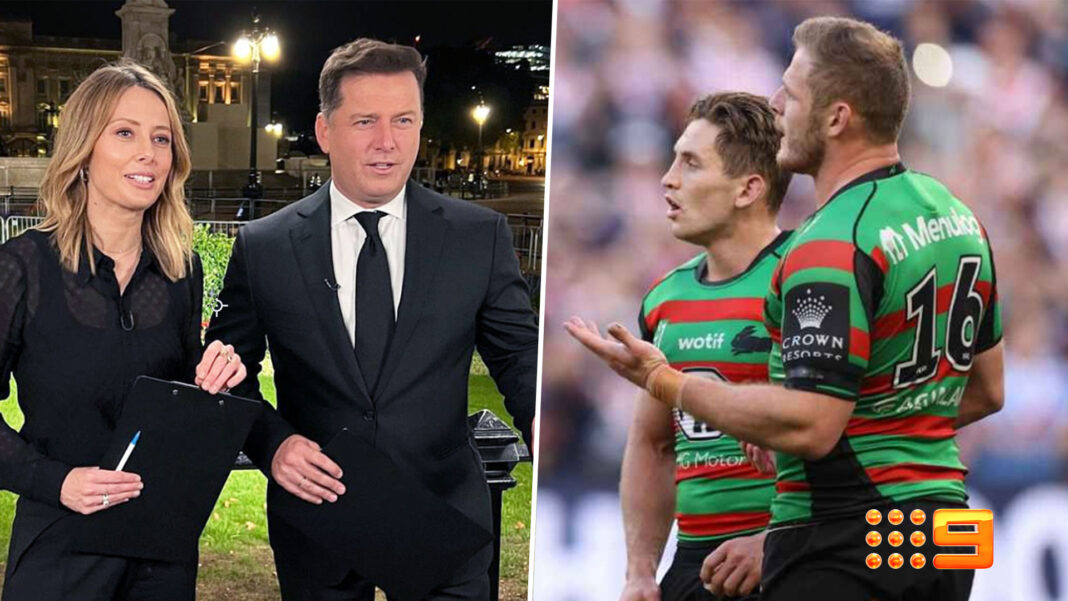 GOD SAVE OUR TV: The Nine Network appears to be continuing its rolling royal coverage through to the Queen’s funeral early next week.

“Sorry to NRL fans, but we’re committed to keeping our main channel on Royal coverage,” says Nine host Karl Stefanovic while on air a short time ago.

In a statement to DBT, Nine says: “Our research shows most Australians want more time to grieve the Queen’s death, and we’ve already got Karl and Ali plus several crews on location in the UK.”

“If you don’t know how to access 9Gem, go to Harvey Norman and get one of the staff in the TV department to give you a hand,” says Mark Moffett.

Nine says it guarantees that normal programming will resume at Christmas, in time for Carols By Candlelight.