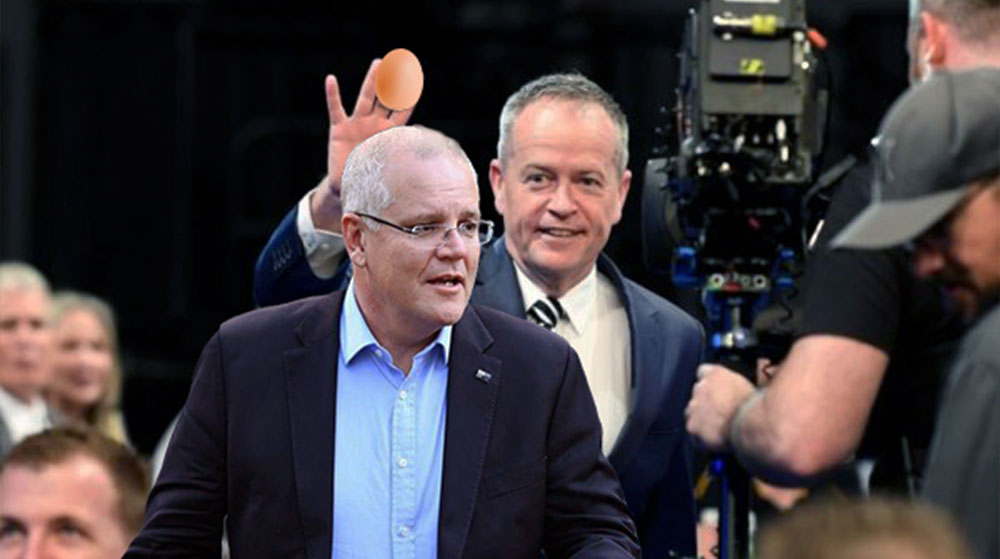 Less than 48 hours after conceding defeat, Bill Shorten has tried taking his frustration out on the reigning Prime Minister.

At a fundraising event in Canberra a short time ago, photographers captured the former Labor leader hurling an egg at Scott Morrison’s head.

“Somehow Shorten completely missed from only a short distance away,” one eyewitness told Double Bay Today. “He’s not the most co-ordinated guy. The egg cracked on the floor.”

Security guards quickly tackled Shorten, holding him to the ground before escorting him out of the venue.

“It was pretty hectic,” says the witness. “But Scott Morrison didn’t seem too phased.”

It’s understood Shorten was taken away for questioning by police.

It’s the second time in two weeks Scott Morrison was attacked with an egg.

This is a breaking story. We’ll bring you developments as they come to hand.