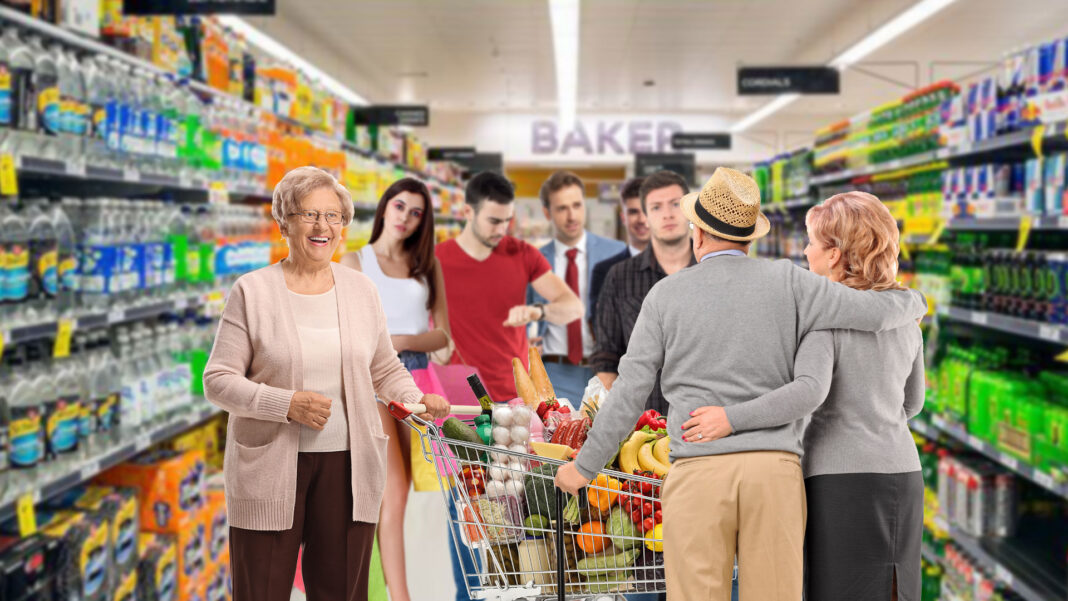 The chit chat between two oblivious boomers has entered its 2nd minute, as no other shoppers seem prepared to interrupt them.

“I was nervous about saying ‘excuse me,'” one shopper told DBT. “I was worried they’d get a shock about realising that there are other people in the supermarket.”
As the boomers continued talking, several shoppers gathered behind them, waiting for them to clear.
“Get a move on!” one frustrated man eventually yelled. “Please don’t socialise here, or at least be aware of what is happening around you.”
But it was to no avail.
Neither of the boomers heard the man and continued talking.
DBT understands one of the shoppers is now looking for a Woolworths staff member to help clear the aisle.
More to come.