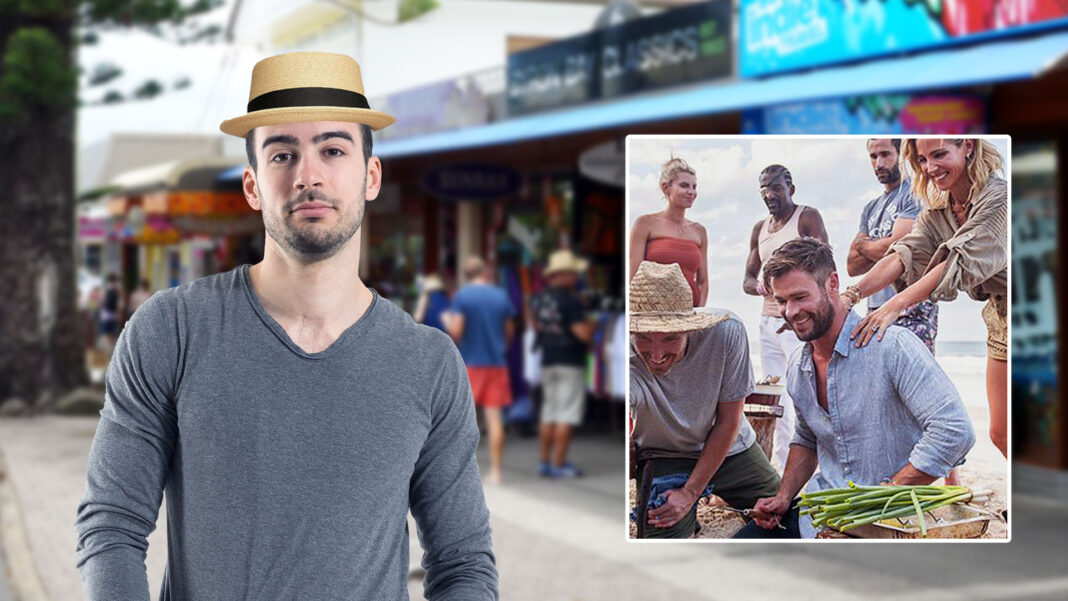 BYRON BAE: A Sydney man is taking the next brave step in his fledgling acting career.

After completing an acting class at NIDA, Grant Bastion has moved to Byron Bae, to hopefully score an introduction to Hollywood heavyweight Chris Hemsworth.

“It’s not what you know, it’s who you know,” he told DBT. “And I know someone in Byron who says they’ve met Chris Hemsworth a few times.”

The 31 year old former Vaucluse High School student’s film and TV credits include a short speaking part in a Woolworths ad in which he said: “That’s why I choose Woolies.”

“I also was an extra in a short film made for the 2019 Tropfest Film Festival.”

After moving to Byron from Bondi three weeks ago, Grant Bastion is still yet to meet Chris Hemsworth, or even the person who allegedly knows him.

“But for now I’m just taking it one day at a time,” says Bastion. “I’m focusing on my health and fitness, with the occasional spliff here and there in my pork pie hat.”