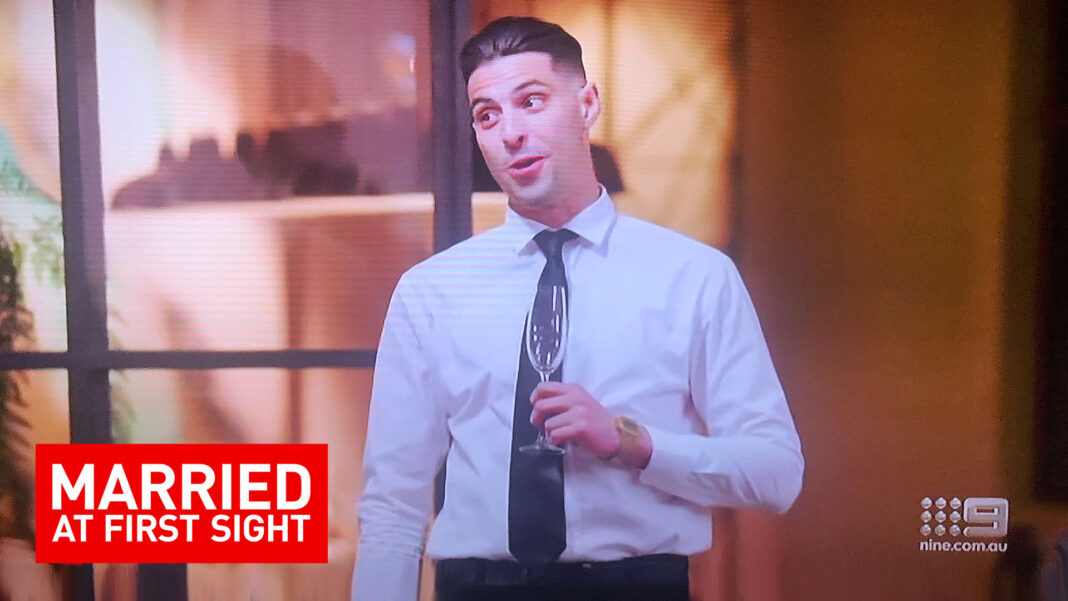 A struggling Bondi actor has landed a role on one of Australia’s highest rating TV shows.

Daniel Rocca is appearing on the 8th season of Married At First Sight.. but not as one of the contestants.

“I’m the waiter who briefly comes on just before every dinner party and says: ‘Dinner is served.’

The NIDA trained actor, who has also done 4 levels of theatresports at Improv Australia, says the job is harder than it looks.

“You have to know the perfect time to say the line, right at the peak of contestant conflict at the pre-dinner drinks,” he says.

Executives at the Nine Network say Rocca has the perfect look for the role.

“He’s got that ambiguous European look that makes it seem like he could be waiter at a top restaurant,” says casting agent Trish Riley.

“It’s an important role and he’s been doing a fantastic job.”

After landing the role 3 months ago, Rocca updated his Instagram bio to say he’s now a ‘Public Figure.’

He still only has 264 followers on Instagram but he says he’s feeling confident about his acting future.

“Who knows where this role could lead me?” he says. “The world is my oyster.”