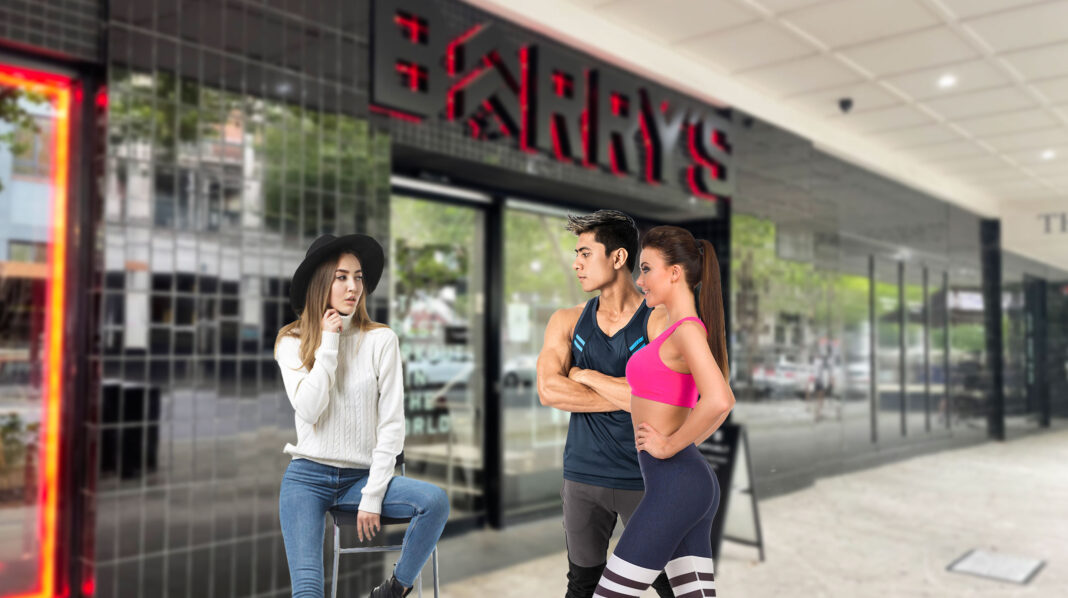 NUMBERS GAME: The Barry’s Bootcamp gym in the Sydney’s Kings Cross has begun turning away clients based on their looks.

“Barry’s Bootcamp is not just a gym, it’s a lifestyle,” says gym manager Jay Thomas. “We need to make sure we are attracting the right crowd.”

“I wont let anyone in who isn’t at least an 8.5 out of 10,” says Sarah Willox, who also works as a door bitch at Home nightclub.

“A guy tried to get in to Barry’s yesterday, his body seemed OK looking but his head wasn’t quite up to scratch.”

Fitness industry experts have raised concerns over ‘looks-based,’ discrimination, but Barry’s management say they’re well within their rights to turn away clients.

“Anyone rejected from Barry’s is urged to go over the road to Fitness First,” says Jay Thomas.