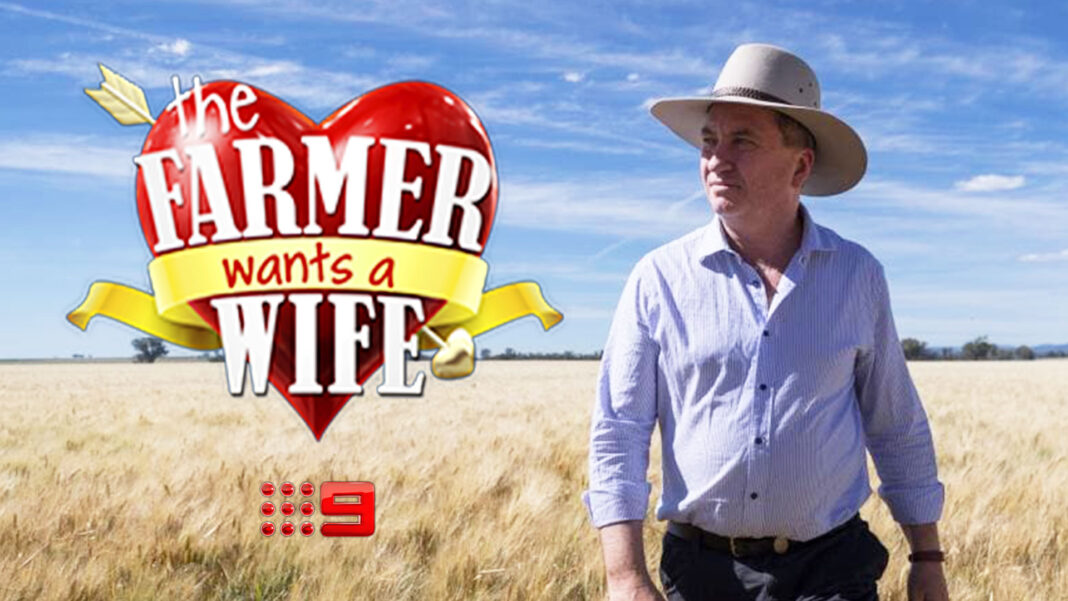 The Nine Network has announced that former National Party leader and Deputy Prime Minister Barnaby Joyce will appear on next year’s season of The Farmer Wants A Wife.

“We’re excited to have such a high profile cast member on the show,” says Nine executive Paul Pedley. “He’s a colourful character and the ladies will no doubt love him.”

Barnaby Joyce separated from his wife in 2017, and has since had two children with his former communications staffer Vikki Campion.

“Vikki is a great mistress and mother, but I’m looking for something a little bit more stable in terms of marriage,” the media friendly 53 year old told DBT.

“Going on The Farmer Wants A Wife is a great opportunity to restore my flagging public profile and who knows I might even score a root out of it.”

Filming of next season’s The Farmer Wants A Wife is expected to begin shortly and go to air in July 2021.