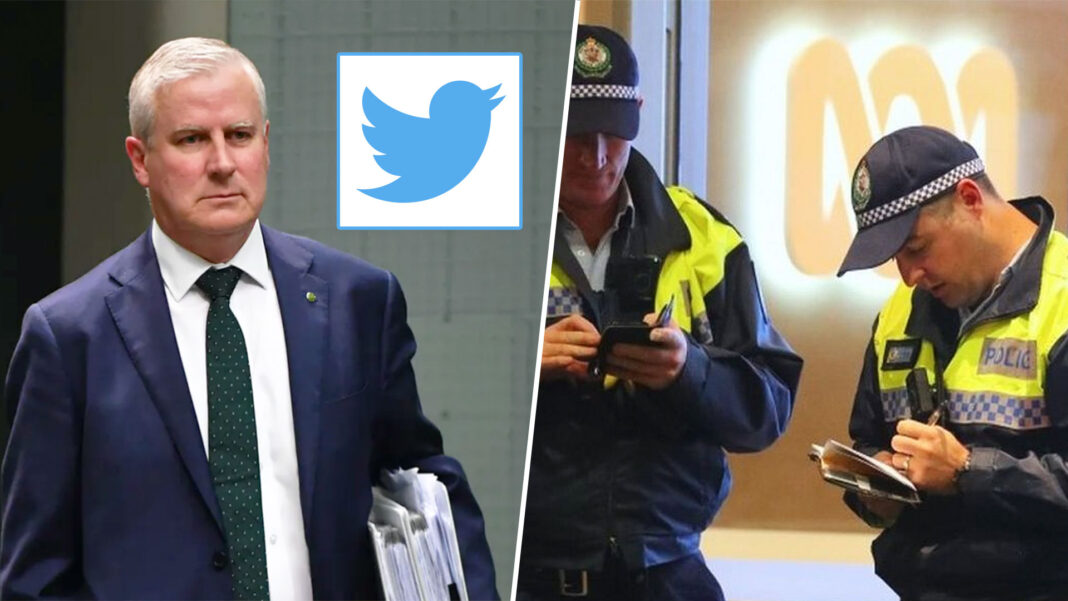 The Federal government is attacking Twitter over censorship claims, despite Canberra’s draconian move last year to censor the ABC from reporting war crimes by Australian soldiers.

“Generally speaking, I’m not a fan of censorship, but it’s OK when the Federal government does it,” says acting PM Michael McCormack.

“It’s definitely not OK when some random hipster does it just because he’s the CEO of Twitter.”

McCormack was referring to Twitter CEO’s Jack Dorsey’s move to remove Donald Trump from the platform after the riot at the US Capitol last week.

Trump has also been booted from Facebook and Instagram after posting messages the tech-giants deemed could invoke further violence.

“What’s worse? Twitter suspending the account of a dangerous, lunatic President, or the federal government raiding the ABC after it broadcast factual information about Australian war crimes in Afghanistan?”

“It’d be nice to have some actual power one day,” he says. “I could be the next Jack Dorsey or Mark Zuckerburg.”