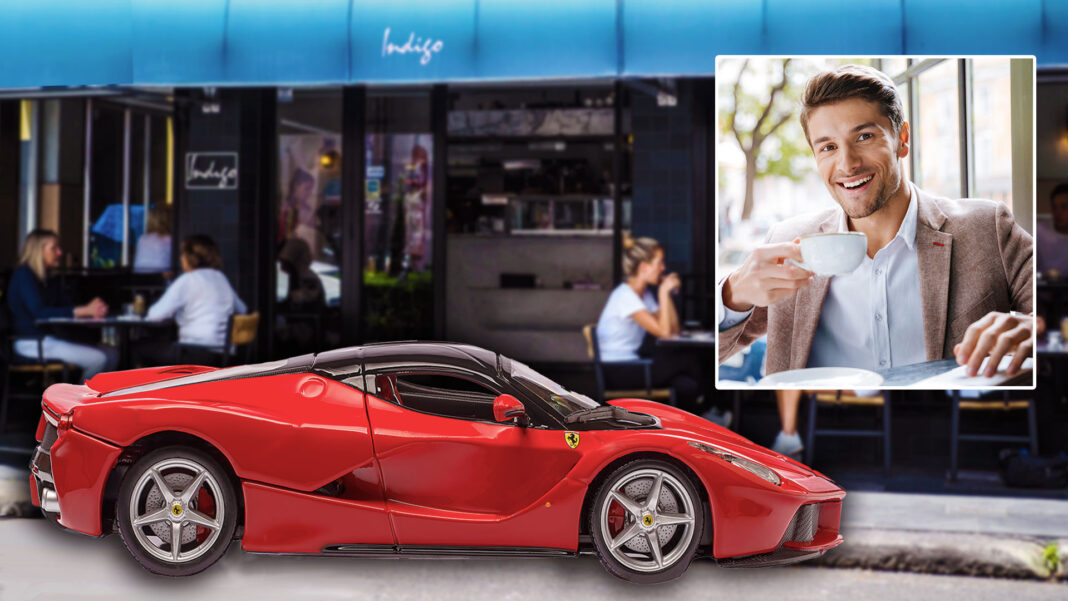 FERRARI FLEX: A Bankstown real estate agent has made an appearance this afternoon at the popular Indigo Cafe in Double Bay.

Mark Zappa parked the red Ferrari he was driving in pole position outside the cafe for maximum exposure, before sitting down for a coffee.

However a DBT investigation has found the $500,000 car is only a test drive vehicle.

“I did a few laps of Bondi and Double Bay before deciding to get coffee at Indigo,” he admitted to our reporter.

“I’ve still got a few hours before I have to return the car to the dealership on Parramatta road.”

DBT understands the 29 year old came to the eastern suburbs on the off chance he might bump into a few local real estate agents he met at the Ivy Pool on the weekend.

“I work in property,” he was overheard telling the waitress, as if to suggest he may be a property developer. “That’s my red Ferrari parked just there.”

But he later admitted to DBT that he drives a 2012 Holden Barina and still lives at his parents home in Bankstown.