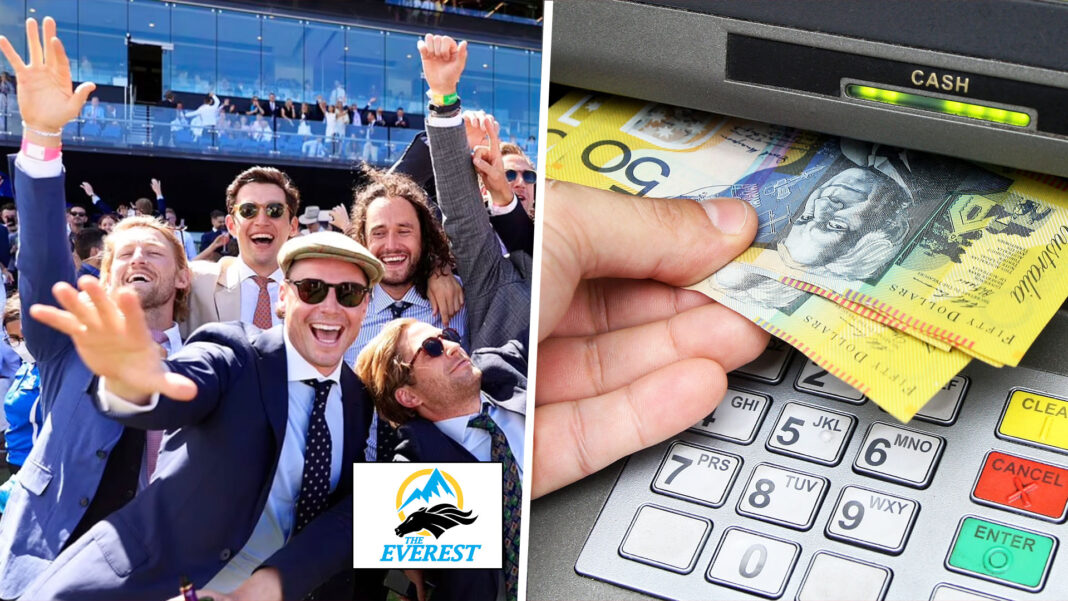 RACK FEST: Australia’s big four banks are investigating a ‘dramatic’ influx of $300 cash withdrawals in the Randwick area, as crowds flock to Royal Randwick for The Everest.

“There was a flurry of withdrawals around 1pm today,” says Westpac’s Jane Hilder. “But it seems to be continuing into the afternoon and evening.”

The Banking Association says 79% of cash withdrawals in Sydney’s east between 1pm and 3pm today were for exactly $300.

“It’s curious that so many people are withdrawing the exact same amount,” says ANZ’s Michael Henry. “Many of our ATM machines ran out of cash.”

The influx of withdrawals around Randwick coincides with several cocaine related arrests in the area today.

But NSW Police say they’re cautious about drawing any links between the two trends.