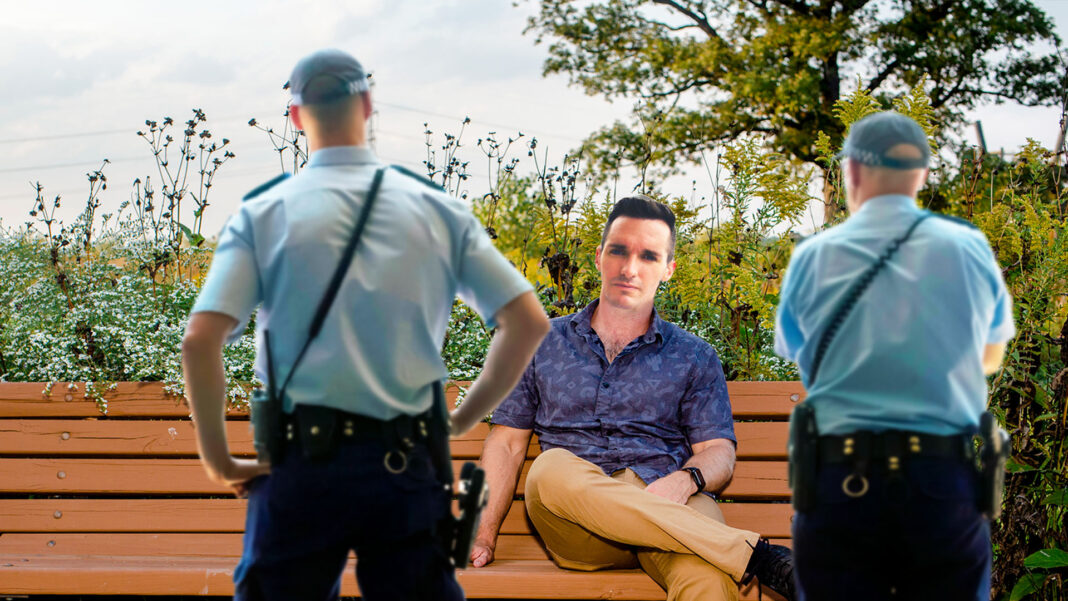 One of them – ABC’s China Correspondent Bill Birtles – was arrested this afternoon in a Melbourne Park for sitting on a bench, in breach of COVID-19 restrictions.

“What an absolute joke,” says Birtles. “Right now China is a tame liberal democracy when compared to what’s happening here in Australia.”

The pair have returned to Australia because of fears for their safety in the wake of the arrest in China of another Australian journalist, Cheng Lei.

But they’ll now have to contend with Australia’s oppressive police state, where millions of innocent people are under house arrest, & where police drones fly over beaches and parks.

“To be honest, I had way more civil liberties in China than I do here,” says Birtles. “Who knows, I could get also arrested here for doing a Facebook status update.”

Bill Birtles was released today by police after being fined $1652.

It remains unclear how long the two journalists will stay in Australia before returning to China to continue working there.

“I feel really nervous here,” says Bill Birtles. “I can’t wait to get back to Beijing.”