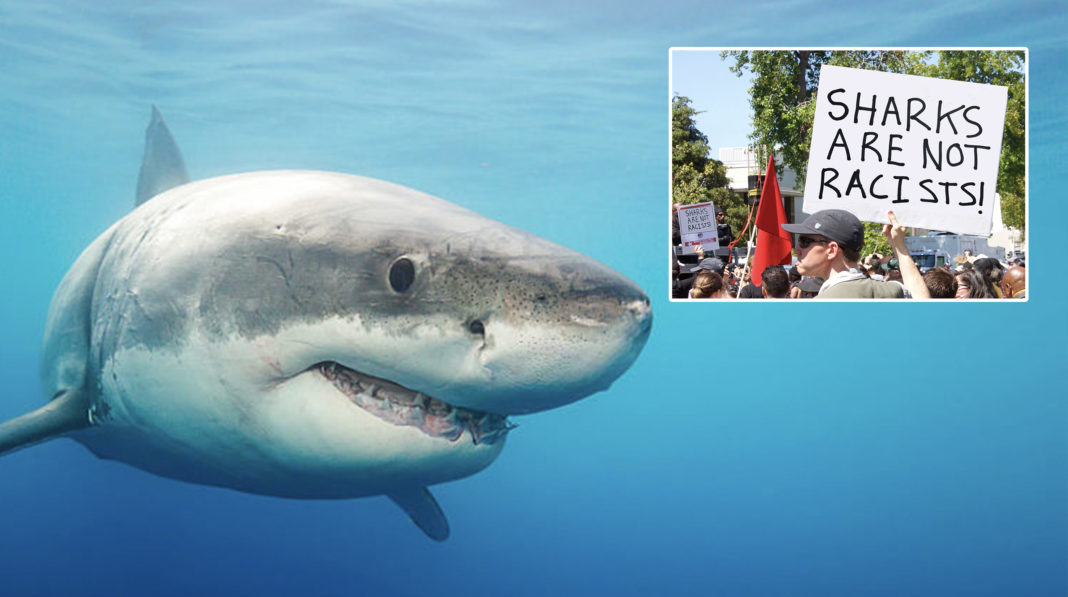 One of the ocean’s deadliest predators is now being targeted by anti-discrimination groups.

They want the Great White Shark to be renamed the Great Shark.

“We believe the time is right to remove the word ‘white’ from the shark’s name,” says campaigner Simon Hodgson. “It’s 2020 and the current name is offensive.”

The shark species was originally given its name because of its white underbelly, but Simon Hodgson says the name is in breach of the Anti Discrimination Act.

“There’s a risk the current name implies that things which are white are more likely to be great,” he says. “An innocent animal should not be subjected to this discriminatory approach.”

Campaigners will take their claim to the United Nations next month.