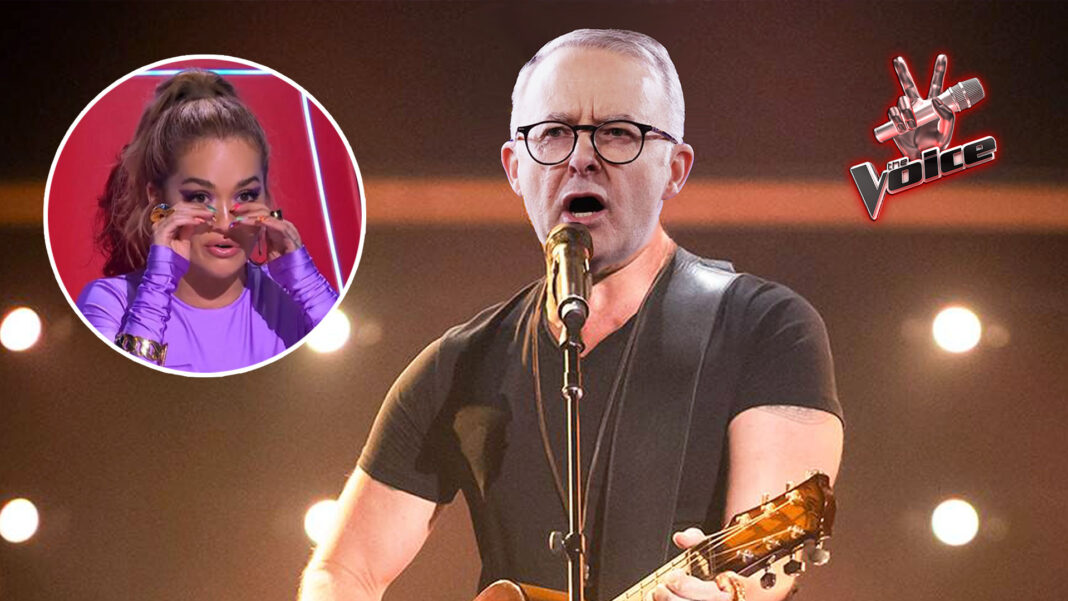 WORKING CLASS MAN: The opposition leader has made an eleventh-hour pitch to voters ahead of Saturday’s federal election.

Before his performance, the Labor leader once again shared his backstory about growing up in council housing in Sydney’s inner west.

“My upbringing wasn’t easy,” he told the coaches. “A lot was uncertain, but my mum was determined that my life would be better than hers.”

The story drew an emotional reaction from coach Rita Ora who was in tears throughout Albanese’s performance.

“That was beautiful Anthony,” she said, shortly before offering him a spot on her team.

But she wasn’t the only coach to turn.

“Sorry Rita, I think I’m going to go with Guy Sebastian on this occasion,” said the opposition leader.

The coaches then attempted to ask Albanese about his priorities if elected PM, but he quickly left the stage.