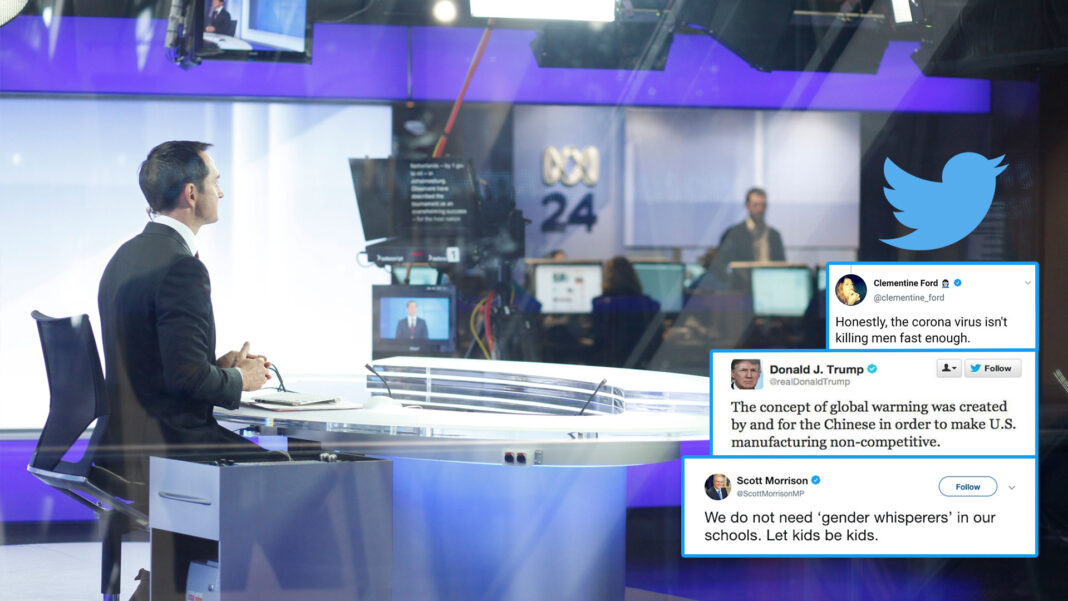 The national broadcaster has announced a dramatic cost savings plan in response to the federal government’s $84 million budget cut.

“From next week, no journalists or camera crews will be sent out to find and cover stories,” says ABC Managing Director David Anderson.

“Instead, all our news will be sourced on Twitter and read out by our studio presenters.”

The ABC acknowledges there’s a healthy flow of important and timely news breaking on Twitter around the clock.

“To be honest, you don’t have to be a journalist to break news these days,” says David Anderson. “It’s all right there on Twitter.”

“All we need to do is read out Tweets on TV and radio so that our ageing viewers who don’t use Twitter can also know what’s going on.”

The ABC news division will be culled from 350 journalists around Australia, to a team of just seven producers who will comb Twitter 24/7 from a small office in Ultimo.

ABC reporters who spoke to DBT appeared confused about the changes announced today.

“I literally spend all my working days on Twitter, copying and pasting Tweets from people like Donald Trump,” says reporter Peter Jones. “I don’t understand what the changes are.”