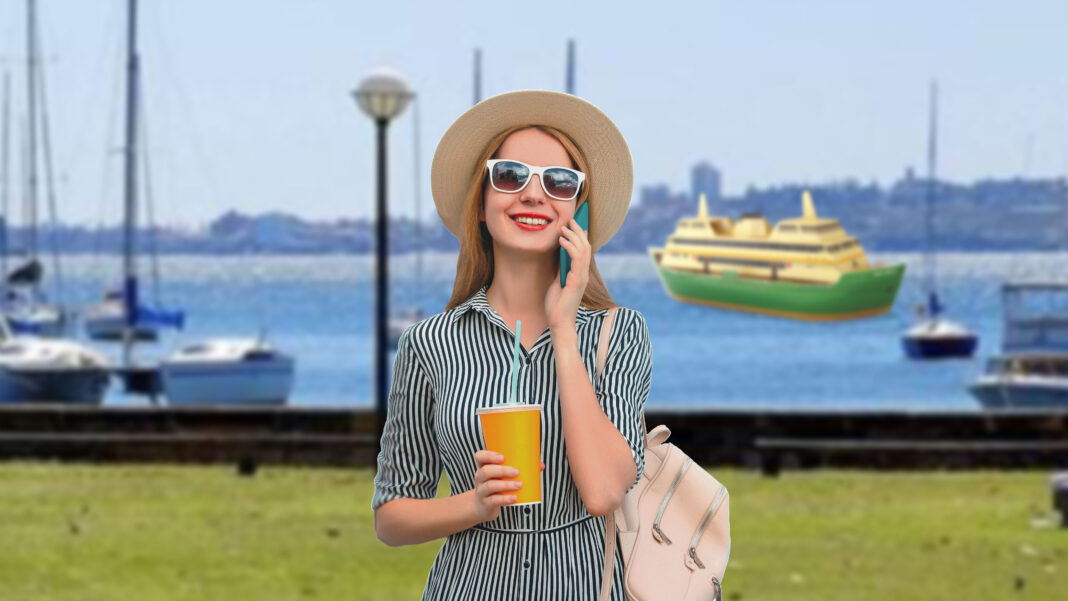 HELLO SAILOR: A Manly woman is being called out for lying to friends about how she got to Double Bay.

“My friend Tom is so nice, he just dropped me off his boat at the beach nearby,” claimed Fiona Murray while on the phone as she arrived at Double Bay.

“It’s so good to have friends with boats,” she says.

But several witnesses say they saw the 27 year old arrive today on the 1.30pm Sydney Ferry service from Manly, via Circular Quay.

DBT has reached out to interview Ms Murray, but she’s yet to respond.

Her instagram shows a photo of herself on Sydney Harbour.

But the images are cropped tight to make it look like she wasn’t on a ferry.