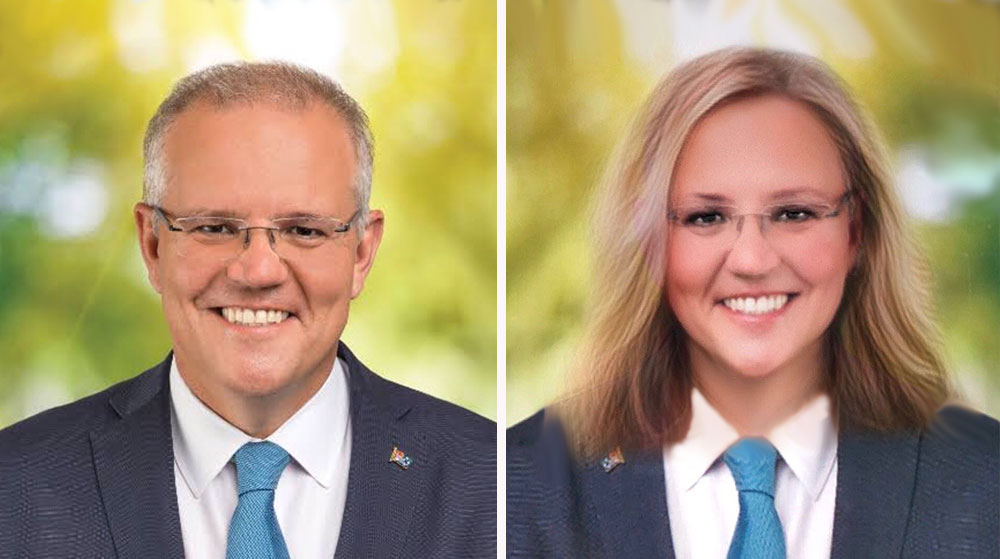 SEX APPEAL: One week from the federal election, the Prime Minister is attempting to reach out to transgender and non-binary voters.

Scott Morrison released a Snapchat ‘Gender Swap’ photo on his Twitter account this afternoon, showing himself as both a male and female.

“Hopefully this goes some way to express my support toward transgender and non-binary Australians,” he says. “I’m as proud a male, as I am a female.”

But advocates for transgender equality have been accusing the PM of spreading “alarmist views” and “misinformation” following comments he made about gender-affirming surgery.

“Let me be clear,” says Scott Morrison. “The coalition will commit to funding gender ideology programs in schools. Gender can be fluid, as shown by my Snapchat photo.”