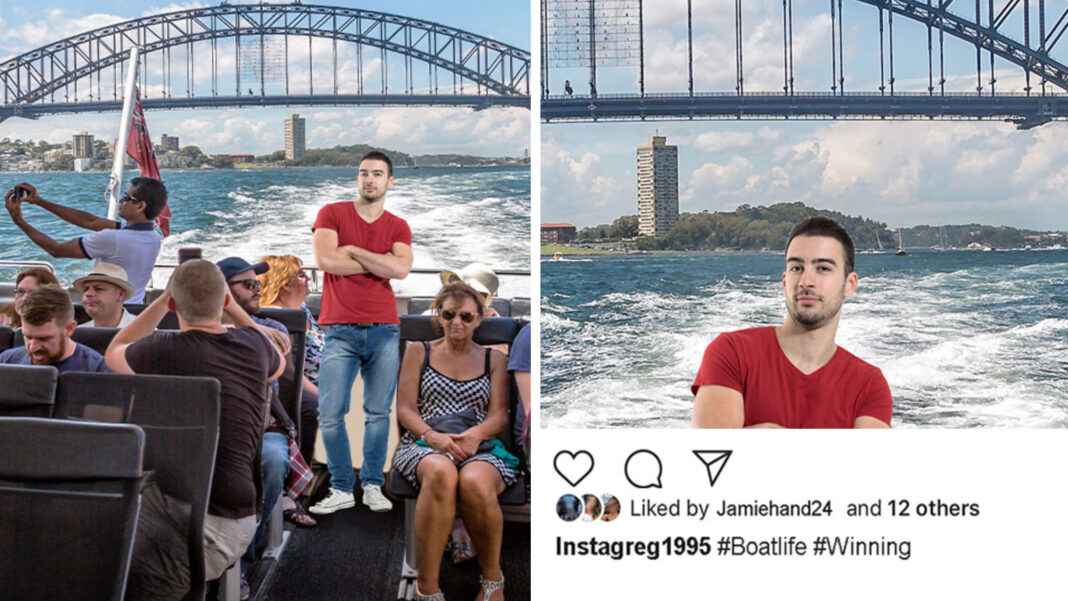 HELLO SAILOR: A Sydney man has been caught out trying to impress his Instagram followers with a misleading and deceptive photo.

Greg Plutat posted a photo of himself seemingly living the Sydney Harbour high-life on the back of a boat. He captioned the image ‘#Boatlife #Winning.’

But DBT has managed to secure the original, un-cropped photo, revealing that Plutat was actually among many other commuters on the back of a Sydney Ferry.

“He’s cropped all the other passengers out of the photo to make it look like he was on a private boat,” says an unnamed source.

“In reality he was on one of the morning ferry services between Manly and Circular Quay.”

DBT’s investigations unit managed to track down the 24 year old influencer to ask him about the offending post.

“Don’t you guys have something decent to report on?” he asked. “So what? It was a ferry, but I was still on the Harbour, so whatever.”

He says he has no plans to delete it.